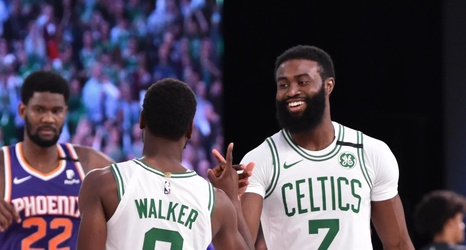 1. After the first scrimmage, Brad Stevens talked about how Chris Paul controlled the game with his voice by calling out plays on both ends. Stevens owns that his team is a quieter group, but implored them to be more vocal. The Celtics got the message and the defensive communication was pretty good. Boston’s bench was also loud throughout the game as well.

On this clip you can see the team scramble and take away drives and passes. When the kick-out goes to Devin Booker, both Jayson Tatum and Kemba Walker run him off the shot.