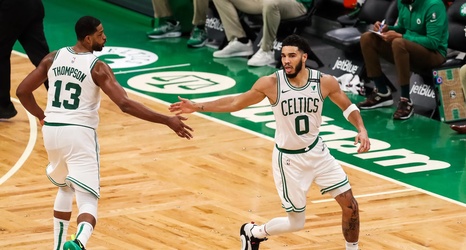 A night of shared frustration toward the officials, sparse defense, video replays and three massive runs in both halves by Minnesota and Boston nearly delivered the Celtics a runaway comeback victory. D’Angelo Russell, instead, delivered a 14-2 run to force overtime in the final 2:41 by bumping Grant Williams off him to create a sliver of space to hit the game-tying three off the glass as the final seconds ticked away.

The Celtics trailed by nearly 20 points in the first half, then Jayson Tatum exploded for a 50-point night with six threes and 12 free throws.