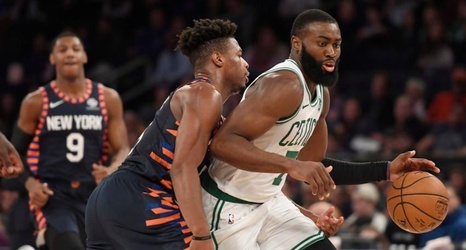 Julius Randle led the Knicks with 26 points. Dennis Smith Jr. scored 17 and R.J. Barrett had 16 for New York, which has lost six straight.

The Celtics trailed by as many as nine points in the third quarter. Kevin Knox’s long jumper put the Knicks ahead 72-63 with 7:20 left in the period, their biggest lead of the game.