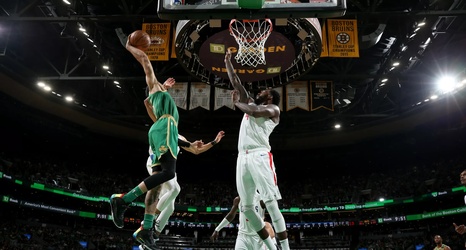 On Thursday there were just two NBA games on the last night before the All-Star break. One of those drew the eyes of just about the entire NBA world, as two of the league’s best teams met in Boston. And the Celtics and Clippers delivered a double-overtime classic. Boston pulled out the victory in the end behind some big plays by several of their key players, but no one shown brighter than first-time All-Star Jayson Tatum.

Tatum scored 39 points on 14-of-23 shooting. But it was more than just those impressive numbers.