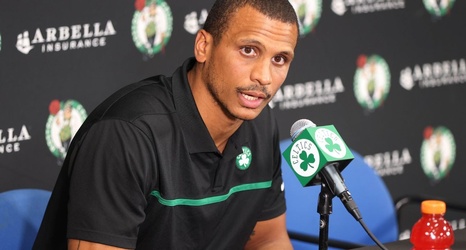 CANTON, Mass. -- In the wake of the suspension of Boston Celtics coach Ime Udoka for the entire 2022-23 NBA season for violations of team rules, interim coach Joe Mazzulla said Monday that his goal is to simply continue building upon what allowed the Celtics to reach the NBA Finals last season for the first time in 12 years.

"It's not about carrying on from one person," Mazzulla said during the team's media day here in the Boston suburbs. "It's about carrying on the identity of our players. We had our struggles early last season, but at our best, we knew what our identity was.