Indiana Pacers rumored to have interest in trading for Gordon Hayward 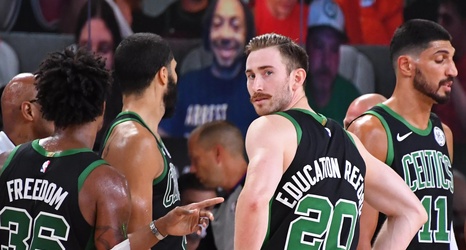 The NBA offseason may be officially underway, but for most of us, the fun doesn’t being until trades can be made. Alas, some pesky rules aren’t going to stop the rumor mill from churning out narratives as players, agents, and front offices alike begin to work the system.

While most of these rumors are simply conjecture, from time to time a source with credibility will drop a golden nugget of information that sets the NBA world alight.

Something worth noting as we get closer to the date when NBA teams can make trades: some with the Pacers still have interest in dealing for Boston’s Gordon Hayward, per sources: https://t.