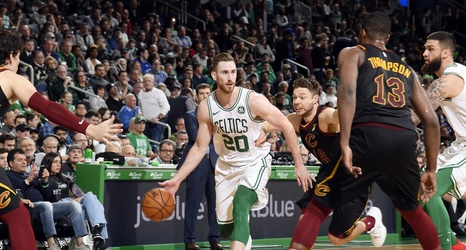 It was sort of an early Christmas present for the Boston Celtics to have Gordon Hayward return to the starting lineup nearly two weeks earlier than originally anticipated.

Hayward had missed 13 games due to a broken left hand he had surgerically repaired after he sustained the fracture on Nov. 9 against the San Antonio Spurs.

There was some minor rust evident as he played his first game in a month Monday night against the Cleveland Cavaliers, but the 6-foot-7 forward showed glimpses of what made Celtics fans giddy over Hayward’s first eight games of the season.