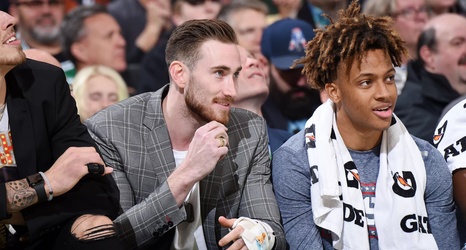 The Boston Celtics have been without Gordon Hayward since he broke a bone in his left hand against the San Antonio Spurs last month, but it appears that good news is upon us. Hayward practiced yesterday, and it appeared that his hand responded well because according to Brad Stevens, it appears that all systems are go for tonight against the Cleveland Cavaliers.