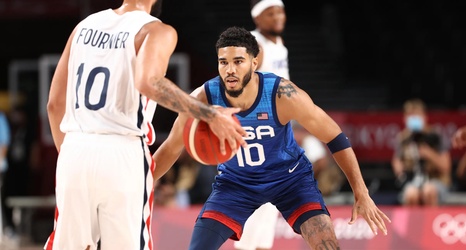 The Olympics didn’t get off to the start Team USA wanted, as they fell 83-76 to France. For the Boston Celtics, the day was an eventful, but uneven one.

On the plus side, free-agent-to-be Evan Fournier dominated with 28 points on 11-of-22 shooting. At times, Fournier was the best player on a court filled with NBA All-Stars. His big game included burying a key three-pointer late in the fourth quarter to give France a lead they would never relinquish.

Boston acquired Fournier from the Orlando Magic at the trade deadline last season. He played well for the Celtics, despite battling COVID-19.