Foul line trips up Knicks, Celts Give belated Thanks 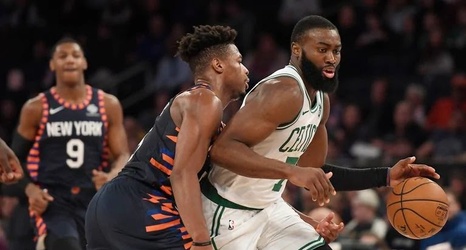 The whistles have gotten quite a workout on the three occasions this season when these oldest of NBA rivals have waged what Johnny Most used to call Basketball Battle.

NBA teams take 23 free throws apiece this season, just under one FTA per minute of play. (The per-game rate fell to 21 during Week 5.)