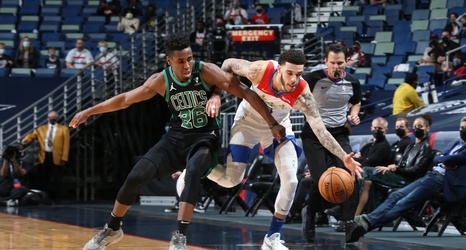 After dealing Kemba Walker to the Oklahoma City Thinder, the Celtics have a point guard-sized hole in the starting lineup. There’s some thinking that Marcus Smart could slot right in. Earlier today, it was reported that Boston was interested in Ricky Rubio before he was dealt to Cleveland. Now, Stadium’s Shams Charania is reporting that Brad Stevens could have his eye on Lonzo Ball: