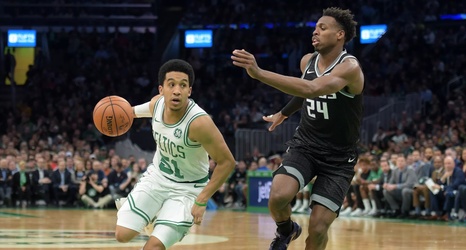 The final exit interview in our series goes to G-League standout Tremont Waters. The rookie became a hopeful young piece in a possible future backcourt the Celtics hope to develop over the next few years. While he did not play many games for the Celtics during the regular season, his raw skills showed out on the G-League stage.

The Celtics drafted Tremont Waters in the second round of the 2019 NBA Draft. He was a late draft flyer who stood out at LSU because of his pure scoring ability and defense.