Celtics youth looked great against Nets, but Boston should focus on vets in the playoffs 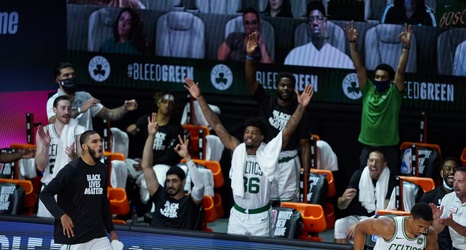 The Boston Celtics dominated the Brooklyn Nets on Wednesday night in easily their most convincing performance of what has otherwise been an up-and-down return to play in Orlando. Beyond the satisfying victory, the Celtics assuaged frustrated fans another way, as Brad Stevens opened up the bench to afford his core rotation some rest in their first back-to-back in over four months. Jayson Tatum and Jaylen Brown saw less than 25 minutes apiece, while Kemba Walker sat out entirely. In their stead, the younger players on the back end of the Celtics roster got a chance to shine.