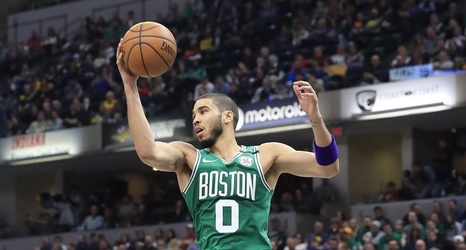 The Boston Celtics marched into Indiana to face the Pacers and to stop their recent slump and succeeded with a 114-111 win. Jayson Tatum and Gordon Hayward led the way as they keyed a tight Celtics offense that overpowered and overwhelmed Indiana’s defense despite a late run from the Pacers that almost saw Boston choke another 19-point lead.

Gordon Hayward was surgical in the first quarter, and that continued through the rest of the game as he picked apart Indiana’s defense with strong moves and smooth shooting. The Pacers had no answer for him, and that’s why he finished the game with 27 points, 10 rebounds and 5 assists – one of Hayward’s best games of the season.