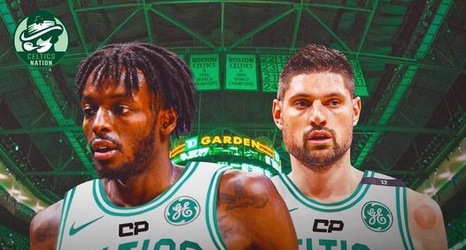 According to Shams Charania of The Athletic the Celtics have three big men on their radar. Those three would be 2-time NBA All-Star Nikola Vuu010deviu0107 from the Orlando Magic, breakout forward Jerami Grant from the Detroit Pistons and Nemanja Bjelica from the Sacramento Kings.

The 32 year old Serbian big man Nemanja Bjelica would obviously cost the least. He puts up pretty good numbers per 36 mins, but has never been given a starting role. So he would be added big man depth, but not much else more unless the Celtics traded at least one of their bigs and didn't get another big in return.