Celtics PRIDE podcast: Paul Pierce inducted into the Hall of Fame and the future of Jayson Tatum 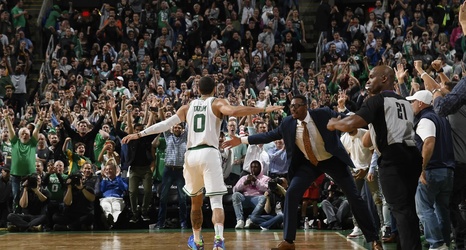 In this week’s episode of the Celtics Pride Podcast with Adam Motenko, Josh Motenko, and Mike Minkoff, the crew brings in special guest Rich Jensen, who received rave internal reviews for his CelticsBlog article “Greatness, Glory and The Truth” about Paul Pierce’s legacy in the wake of his recent NBA Hall Of Fame induction. One commenter stated, “this is one of the best articles I’ve ever read on CelticsBlog.”

Go check it out and tune into this podcast, to hear where we think Paul Pierce ranks among his contemporaries of his era like Kobe, LeBron, Wade, Iverson, VC, McGrady, Reggie, and Grant Hill.