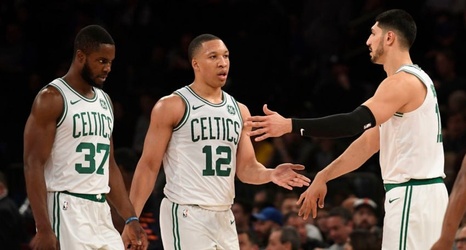 It took 25 tries but he finally did it: Grant Williams hit his first NBA 3-point shot Monday night against the Cleveland Cavaliers.

With a little over four minutes left in the third quarter, Williams took a screen from center Vincent Poirier and knocked down his first 3-pointer over the outstretched arms of Larry Nance Jr.

The Celtics bench went crazy for the rookie forward out of Tennessee, celebrating the shot on the sideline.

Brad Wanamaker specifically can be seen rolling onto the floor to celebrate the shot.