Celtics come back to beat Nuggets behind 31-8 fourth quarter 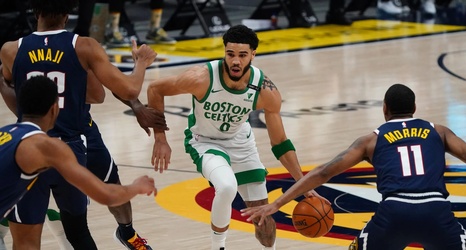 Grant Williams stepped onto the Nikola Jokic assignment midway through the fourth quarter as the Nuggets dominated Jokic’s minutes with back line cutting, multiple pick-and-roll combinations and catch-and-shoot looks. When Jokic saw Grant, though, he went to attack him straight-on in what Brad Stevens considered the adjustment that’s made Jokic the MVP frontrunner this season.

Williams stood hard, staying in front of Jokic with his hands up for a first time on Jokic’s first attempt that Jayson Tatum rode to the other basket for an open layup. Robert Williams III stepped in on the next take and helped Grant secure the stop, as Jokic stood underneath the basket eyeing the officials, already having picked up a technical, as Grant ran the other way for two and a 14-point lead.