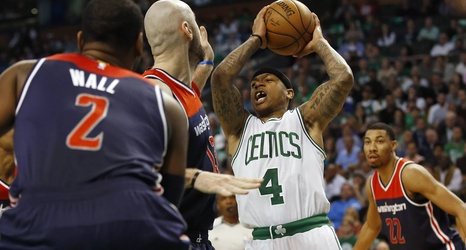 For all of the shrewd planning and masterful execution crafted by Danny Ainge’s front office over the past four years, the destiny of the Celtics will come down to one evening of sheer physical will and one of pure luck.

Monday night at 8 pm, the Celtics tip off against the Washington Wizards in Game 7 of the Eastern Conference Semifinals, the prize of which is a chance to face a LeBron James led Cleveland Cavaliers and a continued glimmer of hope at an NBA Championship. 24 hours later, the NBA lottery results will be announced in New York, as Celtics owner Wyc Grousbeck will grace the stage — 2008 ring resting on the podium — hoping to see his team’s logo emerge from the final envelope.