Buy or sell: Kemba is a better free-agent target than Kyrie 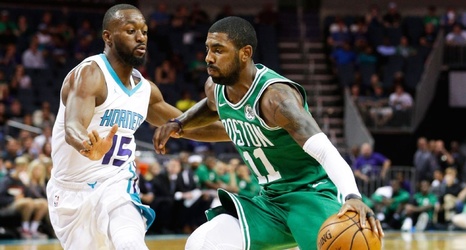 Throughout the season, we're checking in on which big NBA topics are real.

In this edition: Is Kemba Walker or Kyrie Irving the more appealing free-agent point guard?

Buy or sell: Kemba Walker is a better free-agent target than Kyrie Irving

At the end of the season, Irving will become a free agent. Though he said before the season that he anticipated re-signing with the Celtics, he has since left the door open to the possibility that he could sign elsewhere. This makes him one of the most coveted free agents on the market, tied in rumors to every major market team with cap space from the East to the West.