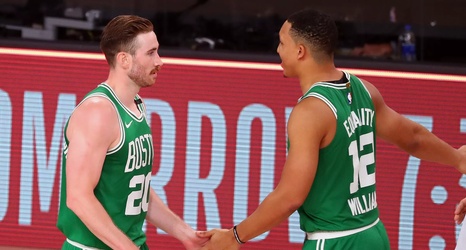 Boston’s inconsistent bench rotation once again has me asking questions I don’t think I’ll ever have answers to. Grant Williams played approximately one minute in Game 4 after doing what I would consider a commendable job trying to restrain Bam Adebayo in Game 3. The reality is nobody on the Celtics is equipped to handle Bam, and so I’m not concerned about whether or not Brad Stevens’ substitutions address him specifically. So long as nobody fouls out, I think Boston is getting the most out of their front court.

Generally, I think we all agree that Boston’s year-long defensive dominance come from how easily they can switch on nearly every assignment.