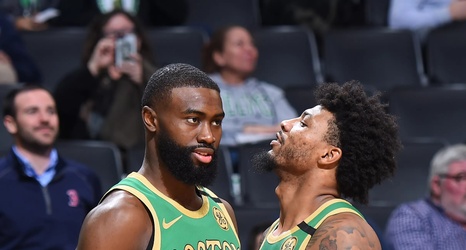 1. Let’s start off with congratulations to first-time All-Star Jayson Tatum! His big day coincided with his return to the court from a three-game absence due to a strained right groin. Tatum picked right up where he left off, as he scored 20 points. This marked the fourth straight game where Tatum has hit the 20-point plateau, which is the first time in his career he’s accomplished that feat. He scored on his typical mix of jumpers and layups, but two plays stood out. First, he made use of a Daniel Theis seal for the dunk: