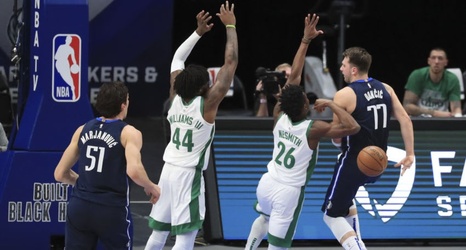 All offseason, Hardwood Houdini has been trying to formulate the next blockbuster trade for the Boston Celtics after they traded Kemba Walker’s remaining two contracted years for Al Horford and Moses Brown to shore up the frontcourt.

And our mission in these mock trades has been pretty straightforward: replacing the point guard depth that was lost by Walker’s departure.

While the ten-year veteran was on the decline since signing a max deal when former general manager Danny Ainge was still in charge, he was still a productive member of the rotation.