Boston Celtics: Romeo Langford’s latest injury a cause for concern 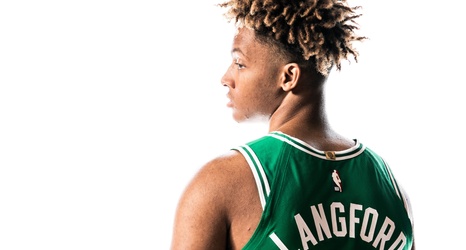 Since being selected 14th overall by the Boston Celtics in this year’s NBA Draft, rookie wing Romeo Langford has been met with questions and concerns from fans and media alike. Shooting just 27% from 3, while also playing a position the C’s are currently stocked with talent at, Danny Ainge‘s decision to select the 20-year-old was a bit of a shocker, to say the least.

Now, with the news that the first-year pro is yet again ailing from an injury, it appears another worrisome query has risen pertaining to Langford: is he doomed to be another talented, yet injury-prone player?