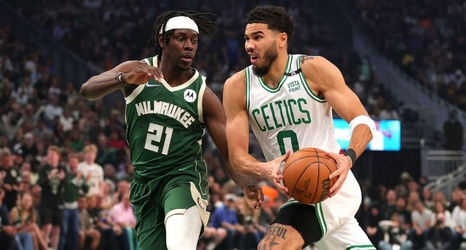 MILWAUKEE -- Jayson Tatum wasn't about to let it happen again.

Two nights prior, the Boston Celtics had a prime opportunity to take control of the series but let Game 5 slip through their hands. That wasn't the case on Friday.

As the Milwaukee Bucks made a push in the fourth quarter, Tatum seemingly had an answer at every turn. Tatum scored 28 of his 46 points in the second half, including 16 in the fourth, as Boston held on for a 108-95 victory.

"That's why he gets paid the big bucks," Celtics guard Marcus Smart said.