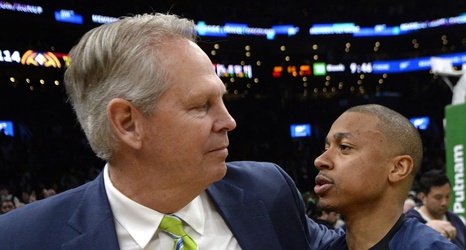 In the two and 1/10th seasons since Isaiah Thomas last wore a Boston Celtics uniform, the former All-NBA second-team guard and MVP candidate has struggled to find his way. Originally cast aside as “Mr. Irrelevant” by virtue of being the 60th pick of the 2011 draft, Thomas made himself extremely relevant in the years that followed.

His days alongside DeMarcus Cousins on the Sacramento Kings didn’t produce much team success, but it did allow Thomas to leverage himself into a four-year, $27 million contract with the Phoenix Suns. Of course, he wouldn’t last long in the desert after the team failed to find a suitable way to find a fit between Thomas, Eric Bledsoe and Goran Dragic in the rotation.