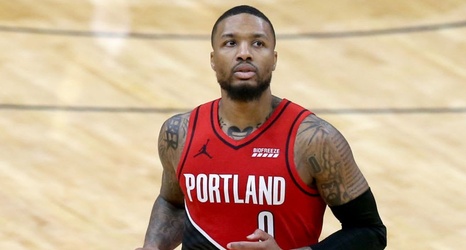 NEW ORLEANS, LOUISIANA - FEBRUARY 17: Damian Lillard #0 of the Portland Trail Blazers stands on the court during the fourth quarter of an NBA game against the New Orleans Pelicans at Smoothie King Center on February 17, 2021 in New Orleans, Louisiana. NOTE TO USER: User expressly acknowledges and agrees that, by downloading and or using this photograph, User is consenting to the terms and conditions of the Getty Images License Agreement. (Photo by Sean Gardner/Getty Images)

All offseason, newly appointed President of Basketball Operations for the Boston Celtics, Brad Stevens, has made it his mission to make sure Ime Udoka has a better roster to work with this coming year than he personally did during the team’s disappointing 2020-21 run.