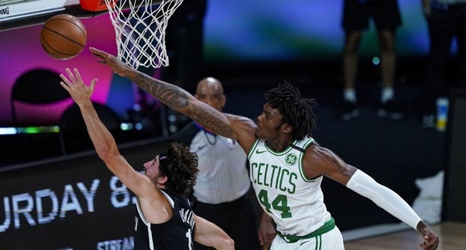 With the Boston Celtics set to tip-off against the Brooklyn Nets for game one of their first-round series on Saturday, starting center Robert Williams is expected to play.

The third-year big out of Texas A&M had missed five of Boston’s previous six games due to turf toe which he re-injured during the play-in game against Washington.

However, if Williams isn’t able to play, the C’s frontcourt is going to be in jeopardy.

Not only are they up against one of the best offenses in the league but the Brooklyn Nets also have two of the greatest rim attackers of all time in Kyrie Irving and James Harden.