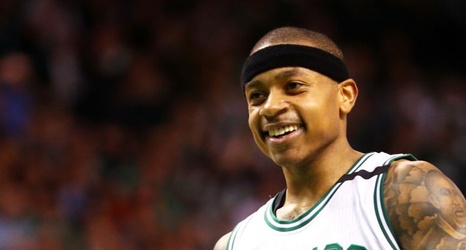 A recent cryptic tweet by Isaiah Thomas has the Houdini clamoring about the possibility of it referring to a reunion between the point guard and the Boston Celtics.

If a picture is worth a thousand words then what’s the value of a cryptic tweet from a former Boston Celtics All-Star & MVP candidate?

Since I’ve taken over as Site-Expert for Hardwood Houdini I’ve discussed the idea of former face of the franchise, Isaiah Thomas, making his way back to Beantown on numerous occasions to, one, fill in as a much-needed offensive spark-plug/ backup point guard to come off the pine and, two, to right the wrong of dealing him after all he had done for the franchise during his short stint.