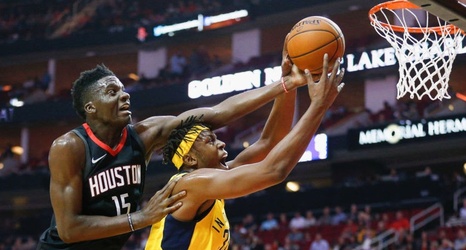 In Bleacher Report’s latest hypothetical trade piece, they explain two ways in which the Boston Celtics could land their solution at the center position.

Another day, another trade concocted in which the Boston Celtics find themselves intertwined.

Typically, we are the ones pushing this narrative — as made evident by the abundance of Gordon Hayward deals penned by my Co-Editor Andrew Hughes — but, of course, it’s simply a fun activity to take part in for virtually every media publication.

Recently, Bleacher Report writer Zach Buckley wrote up an article entitled How Every NBA Team Can Trade Its Worst Contract This Offseason, and, in it, he came up with two scenarios in which the Cs land stability at their weakest position in the starting lineup — the pivot.