Boston Celtics: 3 players that should be off the roster by season’s end 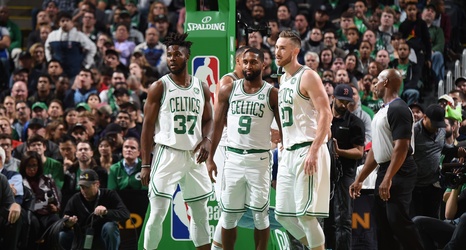 No NBA roster ever looks the same from the dawn of a campaign until its conclusion. Despite their hot 14-5 start to the 2019-20 NBA season, the Boston Celtics are certainly not an exception to that proclamation.

We have in short order: the big man conundrum, the lethargic bench scoring output, and a void in veteran leadership off the bench. Those aren’t holes that can be filled by just signing the next veteran scoring big that pops up in NBA free agent workout rumors.

There needs to be careful consideration to who will be exiled from the roster.