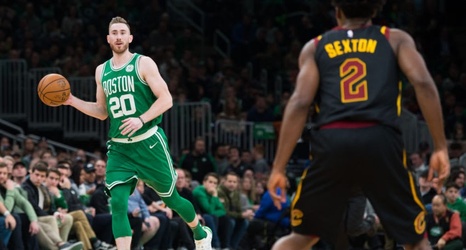 Should Gordon Hayward be on the table for trade talks this offseason, the Cleveland Cavaliers could entice the Boston Celtics with these two trade packages.

The rumor mill churned out its first interesting nugget of the offseason for the Boston Celtics: a potential deal with the Cleveland Cavaliers for their star center Andre Drummond. Evan Dammarell of Forbes reported the Cs potentially being in on an Andre Drummond trade this offseason:

“…if things don’t get better it becomes even easier to flip Drummond and his mammoth expiring contract to another team to recoup assets to assist in their rebuild.