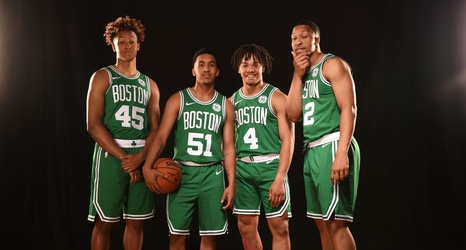 What came as a surprise to most people was the Boston Celtics using all four of their draft picks in the 2019 NBA Draft by selecting Romeo Langford, Grant Williams, Carsen Edwards, and Tremont Waters.

Along the way the Boston Celtics have also acquired Tacko Fall and Javonte Green as un-drafted rookies. Out of the four draft selections Tremont Waters was given a two-way contract, while the other rookies made the 15 man roster.

Due to a series of unfortunate events, Romeo Langford hasn’t been able to see much time on the court this season.