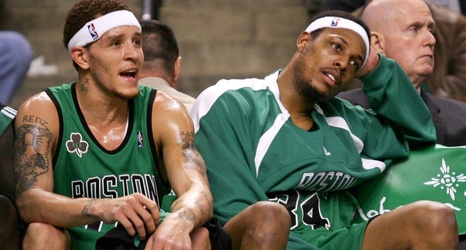 Standing on the side of a road near a Dallas highway, Delonte West was asking for help.

Wearing a white sweater, baggy gray sweatpants and slip-on loafers covered in dirt, the former NBA point guard was more than a dozen years removed from LeBron James finding him for a game-winning three-pointer in a playoff game against Washington, the biggest bucket of his basketball life. West, who has struggled for years with bipolar disorder, substance abuse and homelessness, was photographed last week holding a small cardboard sign on a rainy North Texas day.

That photo set off a new round of concern from a basketball community hoping again to help the 37-year-old.