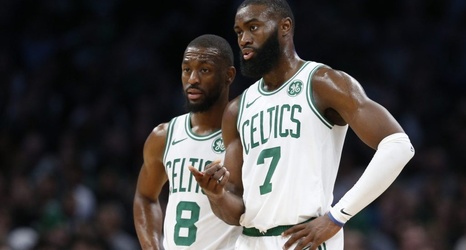 The Celtics beat the brakes off the Heat despite Jimmy Butler having one of his best games in recent memory. LOVE TO SEE IT. Let’s get granular:

Jaylen was the star of the show…
As evidenced in numerous highlights from the Rapid Recap, the primary engine behind last night’s W was:

Yeah. His scoring burst in the third quarter effectively decided the game. You can nitpick Brown’s lack of secondary and tertiary stats, I guess. But his low rebounding didn’t matter with the bench picking up a lot of defensive slack, and having just one turnover against a team that’s usually quite adept on the defensive end is also worth applauding.