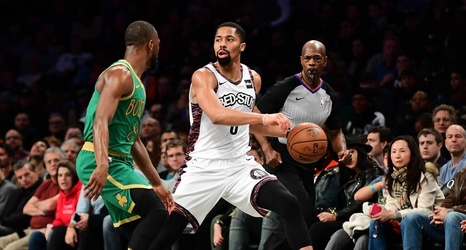 It would have been nice–although less fulfilling than if Brooklyn Nets superstar Kyrie Irving was playing–if the Boston Celtics could have taken this home-and-home series with the franchise that took the C’s All-NBA point guard. Of course, Danny Ainge ended up taking the picks that turned out to be Jayson Tatum and Jaylen Brown in the Billy King disaster of 2013.

Either way, Brooklyn was able to get revenge for Wednesday night’s match-up at the TD Garden by defending home-court at the Barclays Center. Though the Nets weren’t “Live from Bedford-Stuyvesant” they were representing BK to the fullest.