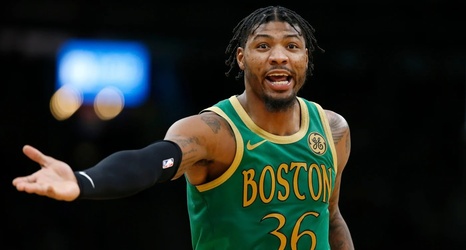 Tonight, the Boston Celtics (16-5) will face off against the Cleveland Cavaliers (5-17) at TD Garden with a goal of claiming their fourth straight win. However, while Celtics' all-star caliber forward Gordon Hayward may finally make his return from the left-hand fracture he suffered early on in the season, Boston will not be fully healthy for tonight's action.

After the official injury report for tonight's game was released, head coach Brad Stevens mentioned to the media that defensive player of the year candidate Marcus Smart may not play tonight due to an eye infection.