How Did The Celtics Get The No. 1 Pick In The 2017 Draft? Revisiting The Most Lopsided Trade In Sports History 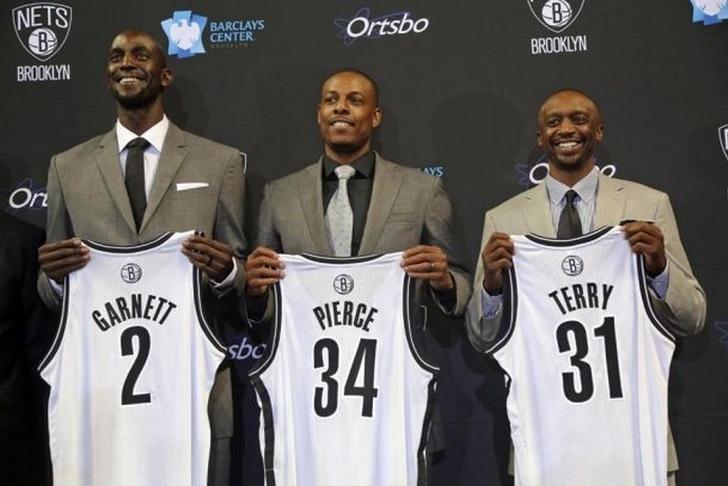 When the Boston Celtics won the 2017 NBA Draft Lottery, many people were wondering the same thing - how in the world did the team with the best record in the Eastern Conference and one of the team playing in the East Finals end up with the top overall pick?

The simple answer: They won perhaps the most lopsided trade in sports history.

Boston got that pick from the Brooklyn Nets as part of a 2013 trade that sent All-Stars (and future Hall of Famers) Paul Pierce and Kevin Garnett to Brooklyn. Here are the full details of that trade:

Now, the obvious question - HOW IN THE WORLD DID THAT BLEEPING HAPPEN?

At the time, believe it or not, it was actually viewed as a very even trade. Boston's "Big 3" era of Pierce, Garnett and Ray Allen was over, and the Celtics were looking to rebuild. They had banded together prior to the 2007-08 season, won the title that year and kept the Celtics at the top of the East until the Miami Heat's "Big 3" got together.

When Ray Allen left in free agency to sign with the Heat in 2012, it was clear that Boston needed to hit the reset button. As such, they made Pierce and Garnett available for trade in the summer of 2013.

That coincided with the right set of situations in Brooklyn, as were looking to become immediate contenders under new owner Mikhail Prokhorov. The Russian billionaire purchased the then-New Jersey Nets in May 2010, and pledged that the team would win a championship within five years. And, with the Nets moving to Brooklyn in 2012, they wanted to make a splash in their new city.

So, with the self-imposed five-year title window down to two and the desire to become relevant in Brooklyn, Prokhorov was really putting the pressure on general manager Billy King to make the kind of move that could check both boxes.

Boston knew that, and by dangling Pierce and Garnett - both of whom were still two of the best players in the NBA at the time - they were able to everything they possibly could from Brooklyn.

But, by acquiring the two mega-stars and pairing them with a core of Deron Williams, Joe Johnson and Brook Lopez, the Nets were happy with the deal. Prokhorov even said that "the basketball gods smiled on the Nets" after the trade was finalized. Pierce also stated at the introductory press conference that he and Garnett were "about winning a championship. Brooklyn gives us the best opportunity."

Yeah, not so much.

Brooklyn lost to the Heat in five games in the second round of the playoffs that season, and Pierce left in the offseason to sign with the Washington Wizards. Garnett stayed for the start of the 2014-15 season, but was traded to the Minnesota Timberwolves halfway through the year.

And with that, after just a season and a half, the Nets were done with the trade.

None of the players the Celtics acquired made a real impact for the Celtics, but those draft picks are still paying dividends. They drafted James Young with the 2014 pick from the Nets, though he has been a career benchwarmer to this point. However, the 2016 pick, Jaylen Brown, is playing significant minutes in the playoffs as a rookie - and it keeps getting better.

Boston is expected to use the 2017 pick on Washington's Markelle Fultz, and the 2018 pick could very well be another No. 1 overall pick.

The Celtics were able to get this trade done by being in the right place at the right time. Brooklyn was desperate to contend, and Boston is still reaping the benefits.