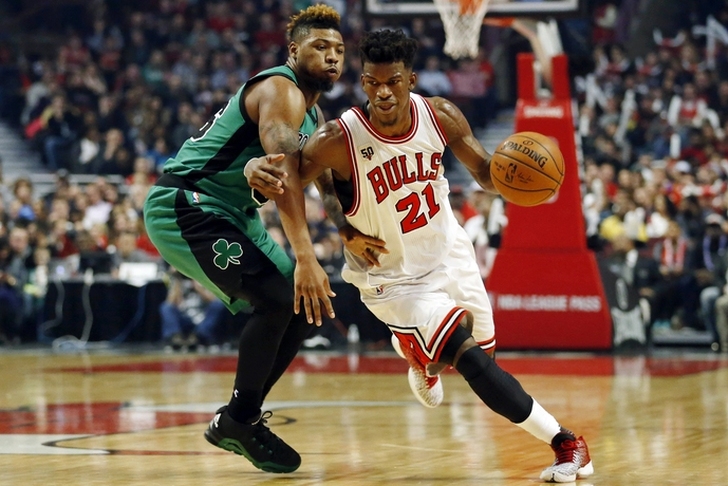 When news broke on Friday that the Boston Celtics were in advanced talks with the 76ers about sending the No. 1 pick to Philadelphia, it seemed like Boston was trading back to select Kansas forward Josh Jackson with the No. 3 pick.

However, it appears they may have something else in mind.

According to Adam Zagoria of Zagsblog.com and FanRag Sports, the Celtics are trying to stockpile first-round picks they can flip in a trade to the Chicago Bulls for Jimmy Butler.

The Celtics could also be acquiring more first-round picks to deal for Jimmy Butler, per league source.

Boston has been linked to Jimmy Butler for over a year, an nearly acquired him at the trade deadline before talks between the two sides broke down.

In the proposed deal between the Celtics and Sixers, Boston would receive a multitude of draft picks, though the No. 3 pick in this year's draft is the only pick that is guaranteed to be included at this time. Through this report, it looks like Boston is trying to get another future first-round pick or two they could then flip to the Bulls.