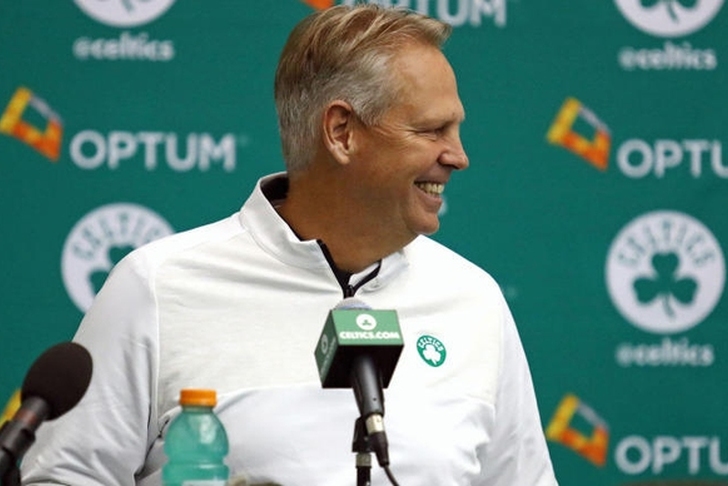 The Boston Celtics have agreed to send the No. 1 pick in Thursday's NBA Draft to the Philadelphia 76ers for three first-round picks, including the No. 3 pick this year, but that doesn't mean they plan to keep the picks.

The deal is expected to be finalized on Monday, giving the Celtics time to make another trade (or two) before the draft, according to ESPN's Ramona Shelburne.

Boston reportedly still has their sights set on Jimmy Butler, and are hoping to flip some of the picks they received from Philly to the Bulls in a trade for him.

Boston has been linked to Jimmy Butler for over a year, and nearly acquired him at the trade deadline before talks between the two sides broke down. Butler averaged 23.9 points, 6.2 rebounds and 5.5 assists per game last season.

Of course, that's not Boston's only option. They are hoping to take Kansas forward Josh Jackson with the No. 3 pick (if they keep it), but if the Lakers take him at No. 2, they could trade back again (someone would be interested in trading up for Lonzo Ball).