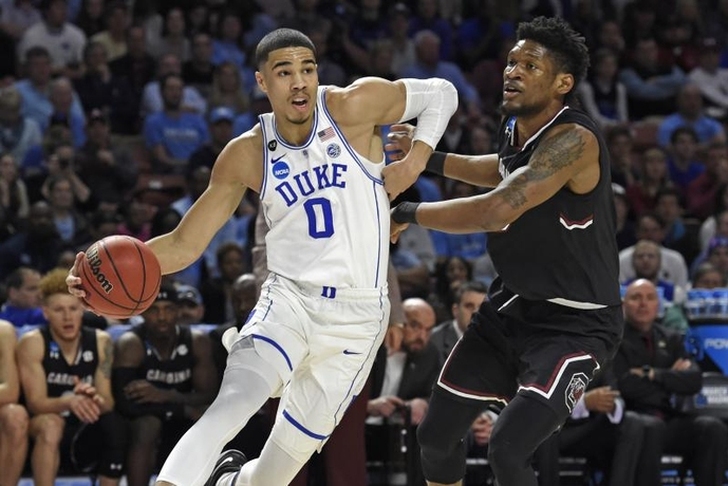 The Boston Celtics now have the No. 3 pick in the draft after agreeing to send the top pick to the 76ers, a move that Boston made since they don't think there's a clear cut top prospect in this class.

By moving down, Boston now plans to take Duke small forward Jayson Tatum with the No. 3 pick, according to multiple people with knowledge of the situation.

The Celtics had originally been linked to Kansas' Josh Jackson, but members of the front office view him as a similar prospect to Jaylen Brown, last year's No. 3 pick. They think Tatum will be the dynamic scoring option they need on the wing, and is a better pair in the frontcourt with the more defensive-minded Brown.

That said, Tatum-to-Boston isn't set in stone. The Celtics are still looking into several different trade options, which is why their deal with the 76ers was finalized a few days before the draft.

Philadelphia sent a partially protected first-round pick in the 2018 to Boston along with the No. 3 pick, and it has been reported that the Celtics wanted to stockpile first-round picks they could flip to the Bulls in a possible trade for Jimmy Butler.

Boston has been linked to Jimmy Butler for over a year, and nearly acquired him at the trade deadline before talks between the two sides broke down. It's clear their interest in Butler has not wavered despite several failed attempts to land him.

The No. 3 pick would likely be included in any such deal, but that is all speculation at this time. One thing is clear - if the Celtics do keep the selection, they will take Tatum.

The 6-foot-8, 204-pounder averaged 16.8 points and 7.3 rebounds per game as a freshman for the Blue Devils this past season.