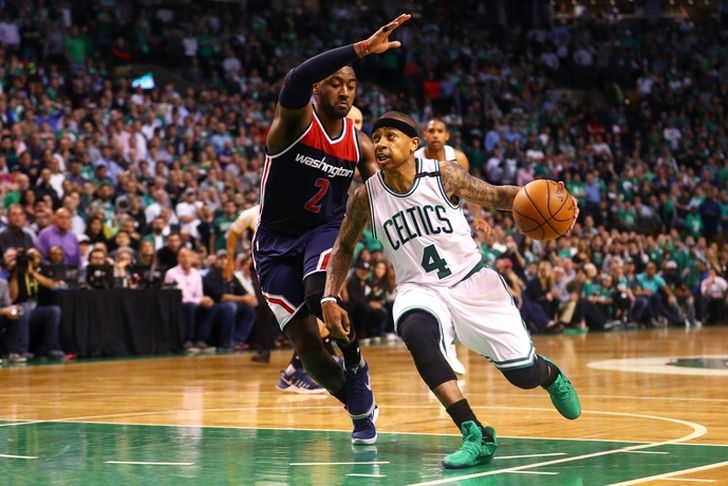 Crunch time is known as "I.T. Time" in Boston, and Isaiah Thomas delivered again when it mattered most - with a major assist from Kelly Olynyk.

Now, they're headed to the Eastern Conference Finals.

Thomas spearheaded an 18-2 run in the second half that created some separation between the two teams, and the Boston Celtics held on late for a 115-105 win over the Washington Wizards in Game 7.

Thomas finished with a team-high 29 points and 12 assists, and hit several big shots during that game-changing run.

As good as Thomas was, Olynyk was the biggest X-factor in the game. He contributed a huge 26 points off the bench, most of which came in the fourth quarter.

"It's been the Kelly Olynyk show here tonight." #Game7 pic.twitter.com/sgHd2hYK0b

John Wall added 18 points and 11 assists for the Wizards, but missed his final 10 shots.

Boston will take on the Cleveland Cavaliers in the Eastern Conference Finals. Game 1 is set for Wednesday at 8:30 pm ET on TNT.