Cavs vs. Celtics Game 5 Preview & Prediction: Who Will Move One Step Away From The NBA Finals? 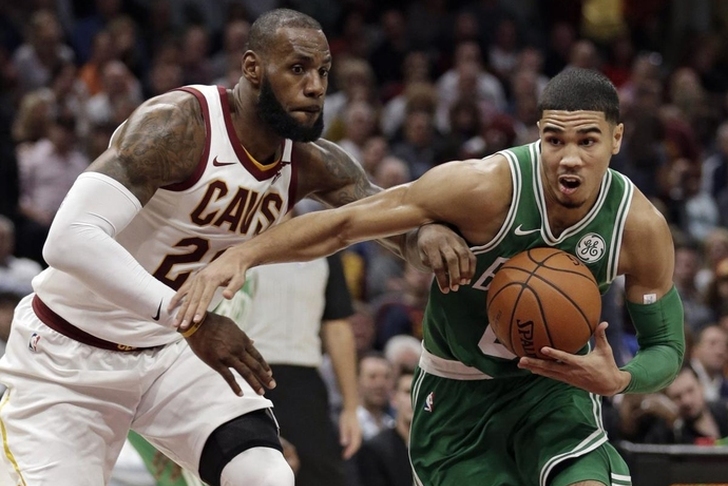 The Cleveland Cavaliers held serve at home, winning Games 3 and 4 over the Boston Celtics to turn the Eastern Conference Finals into a three-game series. Now back in the Boston, can the Celtics regain the stride or will the Cavs continue to roll?

What they're saying about the Boston Celtics:
What to watch for in Game 5 of the Celtics-Cavaliers series (Boston.com)
Celtics Rumors: 3 Possible Trades For Kyrie Irving, Team Interested In Karl-Anthony Towns (Chat Sports)
Paul Pierce says the Celtics have to beat the Cavs in six games (Boston.com)

Key to the game:
What kind of production will Cleveland get from their role players?

For all the talk about Cleveland's defensive problems in Games 1 and 2 of the series, which is warranted, it was the lack of production they got from "the others" that really sunk them. In Game 2, everyone other than LeBron James and Kevin Love combined to score just 30 points - a number that's simply not good enough. However, in Games 3 and 4 at home, those same players combined by 71 and 58 points, respectively.

Boston has largely suffered from the same woes, but not to the same extent. LeBron is going to get his - can the Celtics stop Cleveland's role players from producing as well?

Prediction: Celtics win 106-102
After the Warriors and Rockets gave us our first real close game of the conference finals on Tuesday night, I expect us to get another one tonight. Boston is a completely different team at home and I think they'll be playing at the top of their game in front of their home crowd, while I don't expect Cleveland to get the contributions they've been getting from their role players. LeBron will be good enough to keep it very close but the Celtics will win.