Will the Boston Bruins rest over-worked players this season? 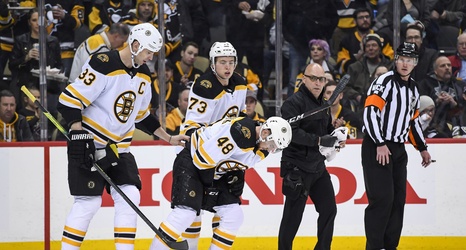 It’s a tactic already used in countless other sports, namely basketball and soccer, but it’d be somewhat of a pioneering scheme if the Boston Bruins tried to introduce it in ice hockey, given the ‘fight through the pain’ mentality that is so deeply ingrained.

You really have to wonder given that 42 year-old Boston Bruins captain, Zdeno Chara may well miss the start of the season and recent reports suggest that 34 year-old top-line center, Patrice Bergeron opted not to have surgery on a long-standing injury this summer.

We saw how Tuukka Rask benefited from extra rest with his elite Stanley Cup playoff form, maybe the notion of resting a goaltender is one that can be used across the line-up.