What we learned: Bruins top Habs for second time this week 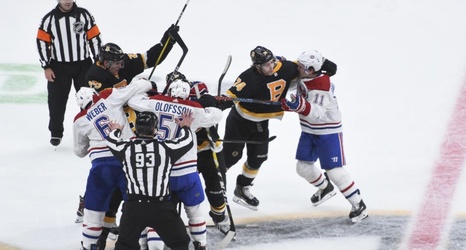 Sunday evening provided a night of seconds for the Boston Bruins.

Habs forward Joel Armia opened the scoring just 1:51 in after firing a shot off of Charlie McAvoy’s skate and into the top corner. The Bruins, meanwhile, struggled to find offense during the first 40 minutes.

True to form, however, the resilient Bruins battled back.