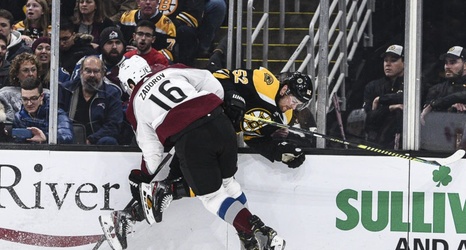 The Boston Bruins couldn’t pull the proverbial a rabbit out of a hat on this night.

Aside from the spurts of scoring chances, the Bruins lacked execution in every phase of play during Saturday’s 4-1 loss to the Colorado Avalanche. From untimely turnovers to sustaining minimal traction in the attacking zone, a beat-up Bruins bunch simply couldn’t find their second gear against one of the top teams in the Western Conference.

Chris Wagner put the Bruins ahead 1-0 with his tip-in at 13:14 of the opening stanza. But Bruce Cassidy’s squad couldn’t build off of Wagner’s fourth goal of the season — and second in as many games — against an opportunistic and talented Avalanche side.