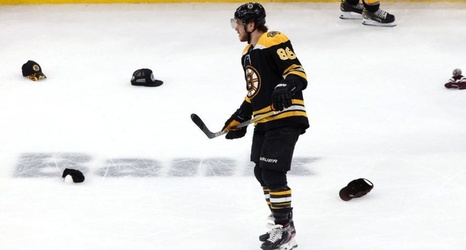 David Pastrnak retook the top spot in the NHL goal-scoring race during the 750th all-time Bruins-Canadiens matchup. And he did so in triumphant fashion.

Pastrnak became the first player since Gordie Howe way back in 1951-52 to record two hat tricks against the Canadiens in the same season, scoring his 39th, 40th, and 41st goals of the season during Boston’s 4-1 victory Wednesday night at TD Garden.

“Obviously playing Montreal — a big rival — these games are always fun for fans and the players are always excited to play this game,” Pastrnak said postgame.