Tuukka Rask vs. Jordan Binnington: A goaltending match-up for the ages 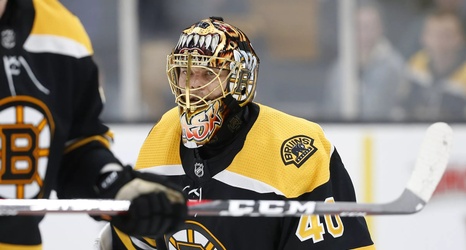 We all know Tuukka Rask’s history. From winning a Stanley Cup as backup to Tim Thomas in 2011 and carrying his team to the 2013 Stanley Cup Final, Rask is no stranger to summer time hockey.

His opponent, however, is having a storybook season of his own.

Jordan Binnington has been stellar for the St. Louis Blues, and has earned his chance to play in the Cup final. The rookie goaltender hasn’t been phased by postseason hockey yet, and his numbers are pretty dang good.

We all know which goalie has the better pedigree, and there’s no doubt about it.