This Boston bar is altering its name for the Bruins series 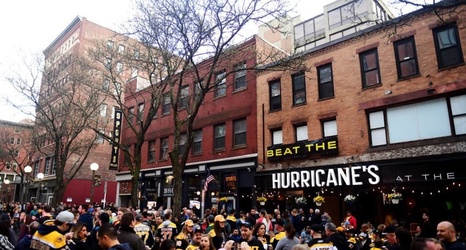 Hurricane’s at the Garden is making it clear whose side they’re on in the NHL Eastern Conference Finals.

The Boston sports bar, which bills itself as a pre- and post-game destination a short walk away from TD Garden, is changing its name as the Bruins compete with the Carolina Hurricanes for a trip to the Stanley Cup Finals.

Before the two teams even took the ice Thursday night for Game 1, the bar had faced calls to cover up the large, illuminated “Hurricane’s” sign on its Canal Street facade.

“Don’t worry, we have something better planned,” the company tweeted Wednesday.