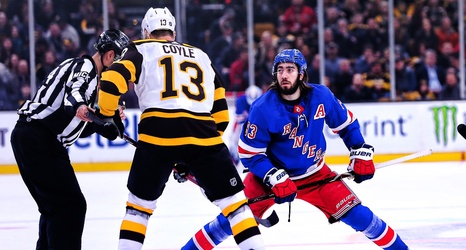 The Boston Bruins only have one marquee win on their resume thus far: a 3-2 shootout triumph over the league-leading Florida Panthers on Oct. 30.

Bruce Cassidy’s squad took care of business against the team’s beneath them in the standings. Wednesday’s dominant 5-1 victory in Buffalo improved the B’s to 9-1-0 against teams outside of the pre-Thanksgiving playoff picture.

The Bruins didn’t face a rebuilding Sabres squad in their Black Friday matinee. Nor did they go up against a potential fringe playoff squad. Instead, they hosted an improved New York Rangers bunch that entered the day after Thanksgiving a mere two points behind the Capitals and Hurricanes atop the Metropolitan Division.